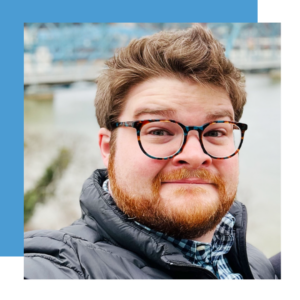 Alex Richardson has been Director of the National High School Ethics Bowl since 2019. A philosopher working at the intersections of ethics, political philosophy, and the philosophy of education, Alex is an award-winning teacher and an advocate for public and pre-college philosophy pedagogy. His research interests are varied, but as of late concern issues in moral and civic education. He received his Ph.D. in Philosophy from the University of Tennessee, Knoxville in 2021, where he wrote a dissertation on the liberal virtue of civility and its role in the non-ideal politics of democratic societies like our own. In addition to his work at the Parr Center, Alex teaches in the Department of Philosophy at Elon University. Alex also serves on Boards of Directors for the Association for Practical and Professional Ethics and Ethics Bowl Canada. 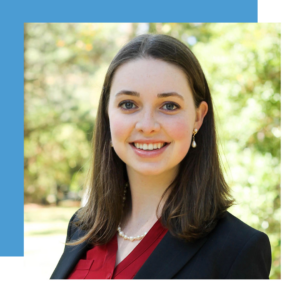 Delaney Thull is a fourth year Ph.D. student in the Philosophy Department at UNC. At the Parr Center for Ethics, she serves as a Graduate Assistant, working primarily on the National High School Ethics Bowl. She also coaches Carolina’s Intercollegiate Ethics Bowl teams. Delaney’s research interests are in moral and political philosophy. She is currently working on projects about internet troll farms and about the role of anger in our lives. She completed her M.A. in Philosophy at UNC in 2021. Before coming to UNC, she graduated from Princeton University with an A. B. in Philosophy and a Certificate in Values and Public Life. 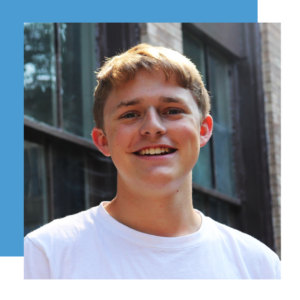 Austin Foushee is a second-year student at UNC pursuing a degree in Political Science with a Pre-Law focus. 2022-2023 will be his second year working at the Parr Center. An NHSEB alumnus, Austin started and led his school’s very first Ethics Bowl teams before graduating in 2021. He is looking forward to seeing Ethics Bowl grow even bigger and better than ever! 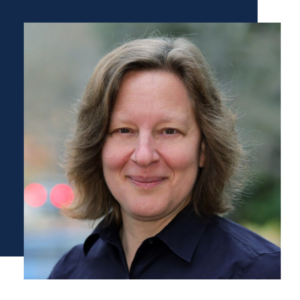 Sarah Stroud joined the department in 2018. She was previously Professor of Philosophy at McGill University, where she taught from 1993 to 2018. She holds degrees from Harvard (A.B.) and Princeton (Ph.D.). She works across central areas of moral philosophy, with a particular focus on foundational issues in moral psychology and moral theory and on the intersection of such issues with metaethics and the philosophy of action. She has published papers on such topics as partiality, moral demandingness and overridingness, lying and testimony, practical irrationality, and the moral implications and significance of personal relationships.

Michael received his PhD in Philosophy from the University of Pennsylvania in 2020. He received a B.A. in Philosophy and Humanities from Villanova University in 2014, and completed the post-baccalaureate program in Classical Studies at the University of Pennsylvania in 2015. He is committed to forging lasting partnerships between the academy and the community, and to cultivating the philosophical voices of people of all ages. His research interests include ancient philosophy, ethics, and philosophy of education. 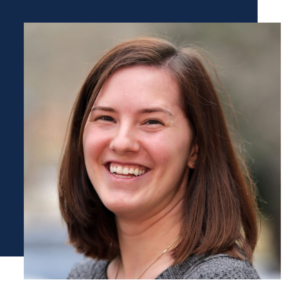 Sally received a B.A. in Philosophy with a minor in Cognitive Science from the University of North Carolina at Chapel Hill in 2017. Shortly after, she joined the department as the Parr Center’s Administrator. After founding the Center’s Undergraduate Fellowship program, she became Director of Undergraduate Programming in 2019. When not in the Center, Sally can be found in the UNC School of Government, completing coursework for the Public Administration program. She will graduate with her M.P.A. and a Graduate Certificate in Innovation for the Public Good in 2023. 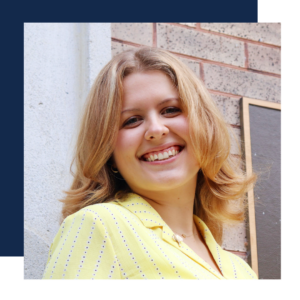 Juliana received a B.A. in Interdisciplinary Studies from UNC Chapel Hill in 2021, examining the field of ‘Neurolaw’ at the intersection of philosophy, political science, and neuroscience. She joined the Parr Center her senior year and served on the Carolina Forum for Ethics in the Center’s Undergraduate Fellowship program. Her interests lie in the roles of rehabilitation versus incarceration, as well as mental health and prison reforms. She is excited to continue her exploration of ethics with the Parr Center family.